BRENDAN FITTERER | Times
Luan Bingyi of Hoffen Bio-Technique carefully cleans a plastinated grouper as construction continues Monday for the world premiere of Sea Monsters Revealed at MOSI in Tampa. Sea Monsters Revealed, an exhibition of the world's largest collection of plastinated sea creatures premieres Saturday March 9. It's described as being similar to the Bodies exhibition of human anatomy, except with sea creatures. More than 18 full-body sea creatures will be on display, along with more than 200 individual organs and smaller specimens. 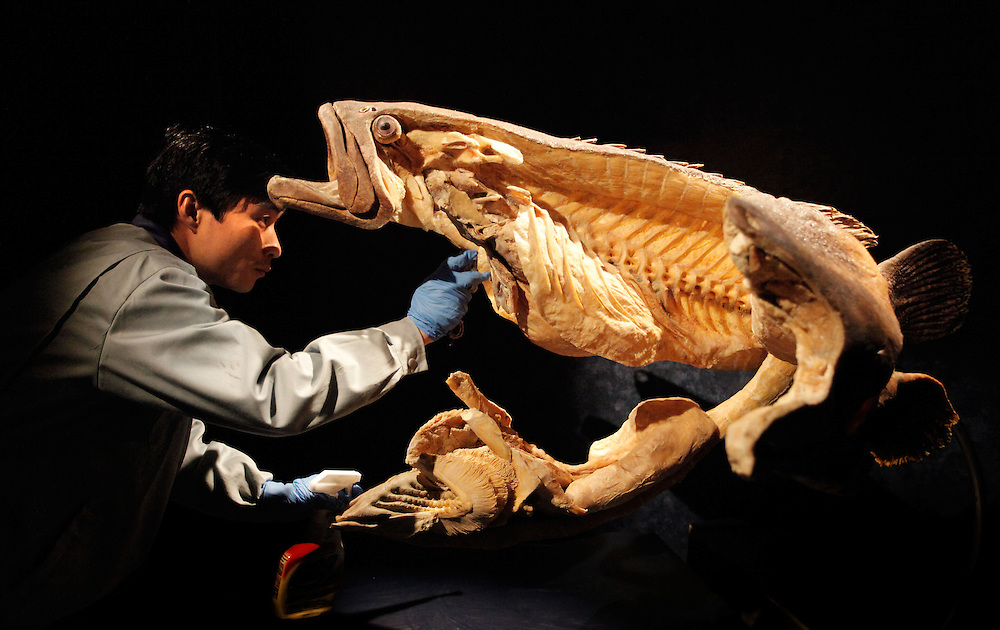